By Mark Curriden
Senior Writer at The Texas Lawbook

DALLAS (Jan. 13) – Former American Airlines General Counsel Gary Kennedy told a private gathering last month of a hundred internal legal and corporate advisers for Energy Future Holdings that the utility should brace itself for the “almost unimaginable costs” of being in U.S. Bankruptcy Court.

“Our legal bills in the bankruptcy case at American Airlines ran about $500,000 a day,” Kennedy said, causing audible gasps from the EFH folks. “It has become too expensive to go bankrupt today. I tell people to avoid bankruptcy if at all possible because it is not a good time.”

Hundreds of companies facing significant financial distress are bypassing federal bankruptcy courts as a means of restructuring debt and reorganizing their business models and are turning to private sources of relief instead.

The number of Texas businesses filing for bankruptcy declined 20 percent in 2014 and plummeted more than 56 percent during the past five years, according to new statistics compiled by Androvett Legal Media.

Legal and financial experts say the factors include a booming economy, dirt-low interest rates, an unprecedented access to cash through the emergence of a shadow banking system and the ballooning cost of litigating a case in bankruptcy court.

But those same insiders predict that the plunging price of oil and gas will likely lead to a significant increase in new business bankruptcy filings in the next six months.

“No business wants to go into Chapter 11 if they can help it,” says Martin Sosland, a partner in the Dallas office of Weil, Gotshal & Manges, which is widely acclaimed as one of the best bankruptcy law firms in the U.S. “It’s not an overly pleasant experience, but it has proven to be a terrific tool for so many companies.”

The American Airlines bankruptcy is a perfect example, lawyers say. The Fort Worth airline used Chapter 11 to restructure debt, renegotiate union contracts, merge with US Airways and emerge as the world’s largest airline. In the process, creditors were paid 100 cents on the dollar and American’s stock, which plummeted to 31 cents at the start of Chapter 11, was $49 of Monday.

The legal data research arm for Androvett reports that 481 businesses filed for restructuring under Chapter 11 of the U.S. Bankruptcy Code in 2014 – down from 605 such filings in 2013 and less than half of the 1,091 business restructurings five years ago.

Legal and financial advisers say that the strong economy is the direct explanation for the drop in Chapter 7 liquidations, but that the decline in restructurings through Chapter 11 is significantly more complex.

“There are multiple reasons why business bankruptcies are down in Texas – some good and some bad,” says Sidney Scheinberg, a partner in the bankruptcy and banking group at Godwin Lewis in Plano. “Bankruptcy court is still the most effective and comprehensive method for companies to restructure and reorganize and I think there’s a good possibility that the trend will reverse this year.”

Statistics provided by Androvett show the decline in Chapter 11 business bankruptcy filings was statewide. The biggest decline during the past five years was in the Western District, which includes Austin and San Antonio, where Chapter 11 filings declined from 239 in 2010 to 76 last year – a 65 percent difference.

The Southern District, which is dominated by Houston, saw its business filings for restructuring drop from 396 in 2010 to 155 in 2014 – a 61 percent decline.

Chapter 11 filings by companies in the Northern District, which encompasses Dallas and Fort Worth, plunged from 366 five years ago to only 190 in 2014 – a 48 percent decline. The Eastern District, which includes Plano and Tyler, saw its business restructurings fall from 114 in 2010 to only 60 such filings last year – a 47 percent drop.

Nationally, business bankruptcy filings are down 47 percent during the past five years, compared with a 56 percent decline in Texas.

The size of bankruptcies is down, too.

The value of the 20 largest bankruptcies was about $800 billion in 2010, according to William Snyder, who heads the national bankruptcy and restructuring practice group at Deloitte. Today, he says, the top 20 have a value of about $100 billion.

“Keep in mind that five years ago, we were in one of the biggest financial disasters of all time,” says Snyder, who is based in Dallas. “In the five years since, we’ve gone from virtually no money being available to now a flood of money – and cheap money with low interest rates – available to companies in distress.

“Today, you have to be brain dead to not be able to get a loan,” he says.

Legal and financial insiders say that the source of money available to distressed companies has changed significantly during the past five years. Traditional commercial banks have been largely replaced by a “shadow banking system” comprised of private equity firms and hedge funds.

“These shadow banks are less regulated than traditional financial institutions and they have huge amounts of money available that they need to put to work for their investors,” says Lydia Protopapas, a bankruptcy partner in the Houston office of Winston & Strawn. “Distressed companies in otherwise strong business sectors are very attractive.”

Protopapas and others say private equity firms and hedge funds have basically created a private out-of-court restructuring program for companies they think have long-term viability.

“Private equity and hedge funds are identifying financially troubled companies and buying their debt at a low price before the companies can file for bankruptcy,” says Josiah Daniel, a partner at Vinson & Elkins in Dallas. “What happens in these so-called ‘friendly foreclosures’ is that the debtor frequently just turns over the keys of the business to the new creditors.

“There are many, many businesses that probably should be in bankruptcy court but they have opted for this private, out-of-court solution,” says Daniel, who represents Dallas businessman Sam Wyly in his bankruptcy case. “

The problem, according to Fort Worth bankruptcy lawyer Mike McConnell, is that businesses who sell their debt obligations – be it to a commercial bank or a private equity firm – without addressing core restructuring issues are simply employing a technique known as “extend and pretend.”

“We are in such a credit-friendly business environment that it is easier for financial institutions to simply amend and extend the loans and thus kick the can down the road and pretend that the problem has been fixed,” says Mike McConnell, a partner in the bankruptcy group at Kelly Hart & Hallman in Fort Worth.

“These are situations in which the management and creditors share the view that, aside from the liquidity issues, the companies are still viable,” adds Sosland. “These are cases in which the current creditors are willing to take a haircut and that allows a private equity firm to step in as a sponsor with private recapitalization.”

But lawyers representing businesses say the expensive nature of filing for bankruptcy restructuring has made it nearly cost prohibitive. 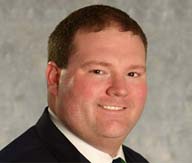 “The cost of bankruptcy restructuring for businesses is astronomical,” says Ben Stewart, a bankruptcy lawyer at Bailey Brauer in Dallas. “Because companies have to deal with each single creditor, debtors may spend $25,000 or more in legal fees negotiating an agreement with a creditor that is owed only $5,000. And that cost goes much higher if the dispute is litigated rather than negotiated.”

American Airlines’ legal fees for its two years in bankruptcy court exceeded $200 million. Lawyers speculate that the legal costs for EFH could be just as high. Weil represented American. Kirkland & Ellis is leading EFH’s bankruptcy efforts. Radio Shack has hired Jones Day to advise the Dallas retailer as it considers filing for restructuring.

“Judges in Texas give a little more scrutiny to legal fees and they have a well-deserved reputation for being conscientious in determining whether legal fees are reasonable and deserved,” says Lou Strubeck, a partner in the bankruptcy section of Norton Rose Fulbright.

“There should be some sort of governor on fees, for the sake of the business involved,” Strubeck says.

Protopapas says there are proposals being considered that should help lower costs for small and mid-sized businesses seeking to restructure through Chapter 11.

But the yearly decline in bankruptcy filings may end in 2015. Lawyers and financial advisers say that plummeting oil prices are already causing significant distress for some companies in the oil patch.

“If this low price environment on oil and gas continues for a few more months, we are definitely going to see much more activity in the bankruptcy courts,” McConnell says.

McConnell and others say that oil and gas exploration and production companies that are over-leveraged and oilfield service operations working for those over-leveraged businesses will be the first to fall.

“There is going to be a horrible re-awakening in March when E&P companies are required to reset their borrowing basis based on reserves,” Snyder says. “At first, we will see massive hemorrhaging in the smaller oil and gas companies. By May and June, we are going to see a lot of pain out there.

“I think we will see a large number of Chapter 11 filings if the capital lenders decide to throw in the towel and want to cut their losses,” Snyder says. “The question is, will the financial firms decide to hold on and restructure in order to avoid a blood bath?”